Starting next month, we will be launching our first wave of OP adventures and organizing events at conventions where players can dive into the EG universe for the first time, their characters shaping both the history and future of the Silrayne Arc. These adventures will then be made available for purchase and in-store play events after the release of the Core books. 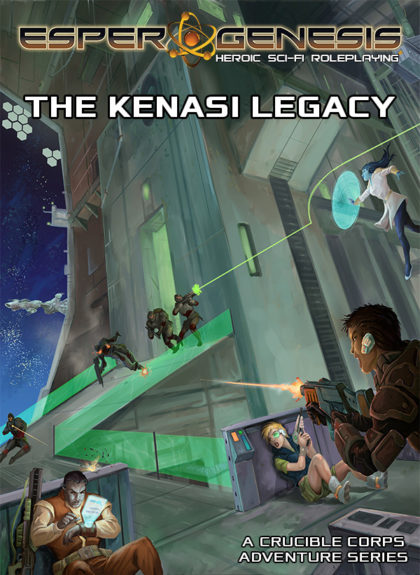 Artwork by Storn A. Cook

The first series is called The Kenasi Legacy. The mystery surrounding the reappearance of a derelict star cruiser unfolds into a mission that will take our players from an abandoned base within the shadow of a dark star, to the sprawling capital of Silrayne Prime, to the deep underground of Earth’s Sector 77.

The first adventure will be presented at the Origins Game Fair on June 15th and 16th. The event details are as follows:

The Matokari Engine: Within the deep expanse, a band of fugitives explore an abandoned space station in hopes of uncovering the truth behind those that had framed them – A 4 hour adventure for 1st and 2nd level characters. Ages 13+ / 7 seats available.

Anyone who would like to register for the convention can do so at the Origins Game Fair website.

Haven’t heard about Esper Genesis? Visit the homepage to learn about our new heroic sci-fi roleplaying experience for 5th Edition!

You can also download our free starter adventure and check out our upcoming products!

Go to the Esper Genesis homepage 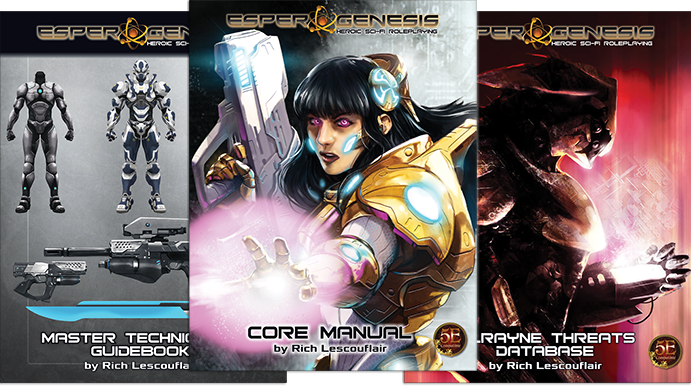