The Lands of Sereth

Legend of the Shattered Continent

Millennia ago, a small group of people from a race known as the Aldor had attained powers akin to the immortals that watch the world from above. Unable to control the powers they had harnessed, they became known as the Karoden – a force of unrelenting destruction and darkness with a lust for power and inclined toward their baser instincts. They fell; and the people of Sereth were quickly subjugated and left crippled against the cruelty of their new masters.

After decades of suffering at the hands of these beasts, the prayers of the people were finally answered. Aria, a goddess from the stars, descended upon the world, granting the Aldor the power to fight back against their former brethren, rallying the rest of the races to their cause as well. The terrible year of war that followed ravaged the land and turned the skies black. It all ended in a battle between Aria herself and the dark being that twisted the Karoden. The forces of good prevailed in the end, shattering the dark being and trapping its destructive force within the Abyssal Realms. The cataclysmic battle split the continent of Sereth into five parts, with Oran being the largest.

Today, Sereth is a land of mystery and adventure, much of it still unexplored and rife with danger. And yet, brave souls stir across the land, each striving to make their mark – from noble knights and devout priests defending their realms, to wizards delving into ancient ruins holding secrets long forgotten, to cunning rogues who dare to infiltrate the darkest corners of the cityscapes. 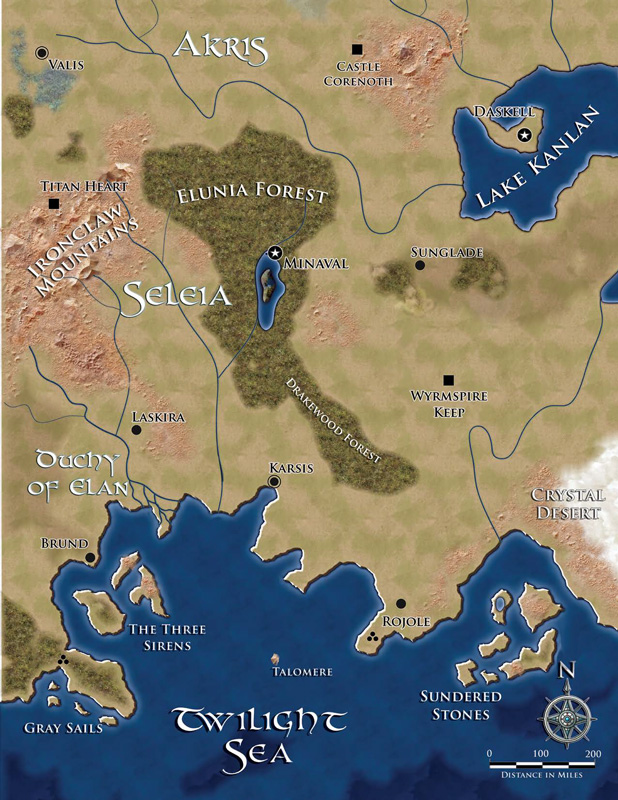 Sereth is the primary setting for the Demonbane Chronicles adventure campaign.

A forgotten prophecy, a mystical artifact, and an ancient family curse brings the shadow of war to the shattered continent of Sereth.