Written and Designed by Rich Lescouflair

“The demonic shadow towered over the spires of Kestabel, engulfing
the light of Celestia’s chosen. With hope all but lost, Cyrus raised
his sacred blade and charged into the Maw of Oblivion. It was in that
moment the fates decided what the future held for Aria’s children, and if
Sereth would be the land the darkness would come to call home.”
– Erisa Carthane, The Fall of Kestabel

Return to the Shattered Continent

Long ago, Demogorgon was driven from this world, his dark power to
never again reach the mortal realm. The battle, waged at terrible cost, is
now little more than legend scrawled on dusty scrolls long forgotten.
A cult has arisen from the tainted god’s ashes – a vile, treacherous group
who seek only to plunge the world into oblivion. A wayward priestess
guards the only key that could unleash the demon god’s soul.
A small band of unsuspecting heroes are drawn into her plight. Together,
they stand against the cult and their mad crusade as they uncover the fate
shared between the cursed Demon Stone and the mythical Demonbane. 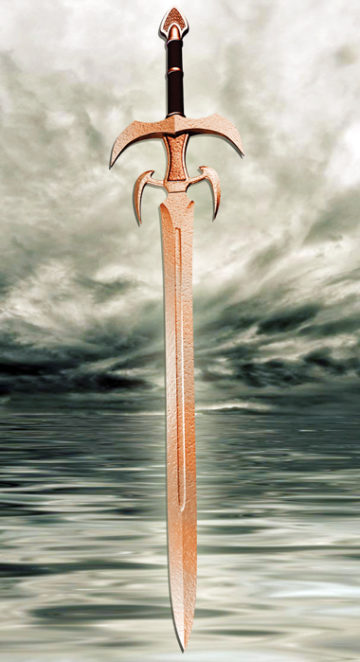 Demonbane is an adventure series of modules written under the Open Gaming License for use with the 5th Edition Dungeons & Dragons rules. Set on the shattered continent of Sereth, these adventures weave into an epic storyline within a realm of horror, madness, and mystery. Combining the high fantasy of D&D with the dark themes of Lovecraftian mythos, the goal is to provide a rich experience that makes the player characters a vital part of a living world.

The first module of Curse of the Demon Stone, is now available in both print and PDF format from Alligator Alley Entertainment. See below for details.

The Demonbane Saga is broken into three distinct adventure paths: 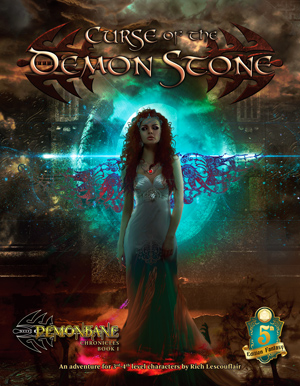 Curse of the Demon Stone: Book One

The Mysterious Maiden – A group of travelers race to rescue their companions from the clutches of dark sorcery before they become prey to the madness of abyssal corruption. 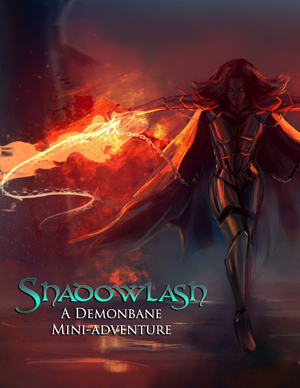 “The only thing more foolish than joining the order is believing you can ever leave it.” — Captain Jadd Harken

In the port town of Karsis, the crew of the Luna’s Shard contend with the dark designs of the sinister Crimson Order.

Tools for Your Campaign

The Demonbane Resources page provides news, tools, and downloads for this adventure series.

The resources page will be updated as the Demonbane campaign develops!