The Forgotten Land of the Ancients 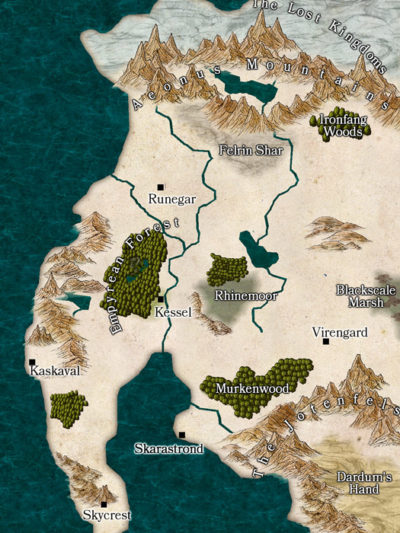 Welcome to Anchorome, an uncharted continent west of Faerun and Evermeet across the Trackless Sea.

Revonar, a vast collection of ruins and regions shrouded in legend, lies far north of the ancient empire of Maztica. The northern barbarian tribes, once steeped in tradition, strive to rebuild scarred their lands as they join forces with settlers from the southern kingdoms and the powerful spirits of the Feywild. In the island nation of Dari Sinora, a once peaceful and secluded society is revealed to the world, along with their dark secret that nearly destroyed them.

Both were bountiful lands, filled with lush greenery and sprawling hills and mountains. They were forever changed when their lands were pulled from Toril during the Spellplague. The protective weave around the island of Dari Sinora shattered, unleashing a darkness that had been sealed away for millennia.

A trial of strife and conflict in a land torn asunder had transformed societies and nations, and forged new heroes and alliances to fend off the darkness unleashed upon the lands. The event known to those in Faerun as the Sundering came to follow, restoring balance to the land as it returned to the world. But the scars of the dark storm remain. A ripple across the land scholars have named The Lash, has become a source of both wonder and danger. The scars left behind on the land cause waves of madness, and lay bare the darkness from within the innocent. Those left behind after the Sundering must now restore what was lost, as they attempt to survive in this new world.

The Sundered Realms is an ongoing project under development and published under the Community Content rules of the Dungeon Master’s Guild.

The Sundered Realms Player’s Guide (see below), can be downloaded for free. The first adventure arc, The Iron Bastion, is the current project, with the first book already released.

These are open for anyone to use for their campaigns. If anyone is interested in putting together something for the Sundered Realms, please feel free to contact me regarding any questions you may have. 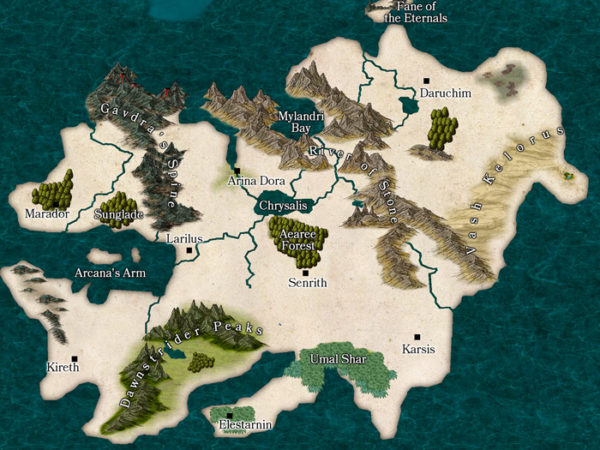 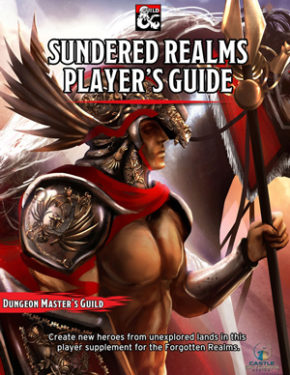 A fateful encounter draws a group of adventurers into a dark conspiracy throughout the nations of Revonar.