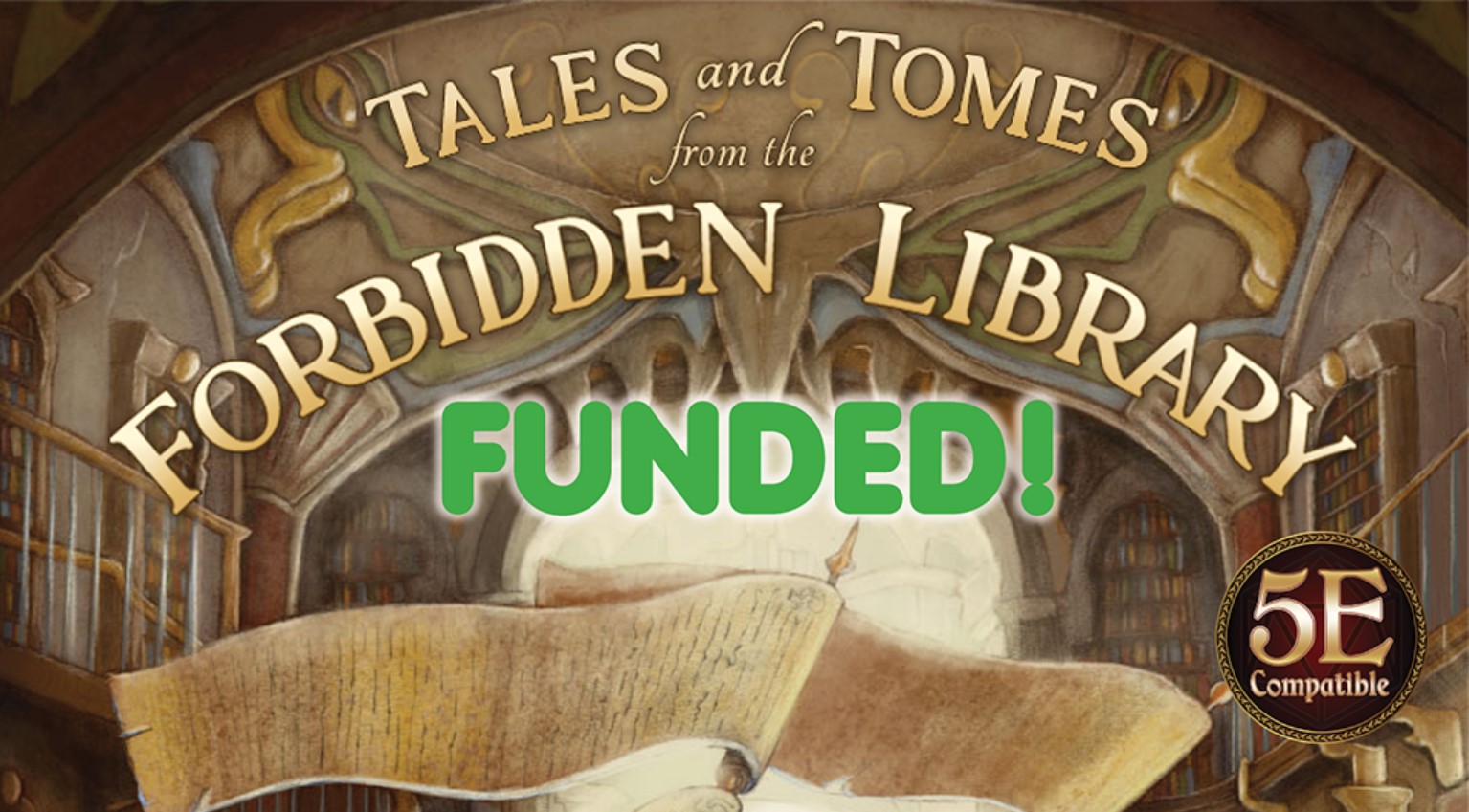 Tales and Tomes, a 5E compatible adventure for levels 1-3, takes heroes deep into the forbidden places of Hearthglow Academy’s Library. Spell grimoires, manuals of arms, atlases and bestiaries are brought to life with tantalizing scraps of lore, stories, and art for this adventure and your own home campaign.

Brian Dalrymple, co-founder of AAE, says, “We are thrilled to be working with Gregory and all of the great talent that are ready to fill Hearthglow Academy’s Library. We want players to be both excited and a little nervous when they see their own GM pull out the Tales and Tomes.”

“I’ve been running this adventure as a live audience event for a couple of years now at the GenCon Writer’s Symposium and my players love it,” says Gregory A Wilson, genre writer and author of the Forbidden Library adventure. “This year, we’ll finish the trilogy, and our Kickstarter supporters will be able to follow along and even run the adventure at home.”

You can find the Kickstarter here and you can contact our media rep., Robert Adducci, here.

Premier game master, Twitch TV channel host (ArvanEleron), speculative fiction author, podcaster, and college professor, Wilson has been bringing the world’s favorite RPG to over 5,000 people week after week on Twitch. He also runs popular live RPG events at GenCon’s Writer’s Symposium, all of which serve as the inspiration for the world of Tales and Tomes from the Forbidden Library. In the world of fantasy fiction, Greg’s first fantasy novel, The Third Sign, came out in 2009, followed by the graphic novel, Icarus, in 2016; his third novel, Grayshade (Book One of The Gray Assassin Trilogy), also arrived in 2016 from The Ed Greenwood Group.